This month's featured space is from Bennett Frank McCarthy Architect, Inc. The project involved a total renovation of a two story carriage house on Blagden Alley in Washington DC.  Blagden Alley is a quirky network of alleys at the interior of a DC city block not far from the convention center and China Town. The carriage house had previously been used as a wood shop at the ground level with a studio apartment above. Bennett Frank McCarthy Architect, Inc. converted it into a single unit featuring a kitchen / dining area on the first floor and a living / bedroom upstairs. We have featured of few of our favorite photos including some before photos. For more information on this project or Bennett Frank McCarthy Architects, Inc. please contact them on their website here. 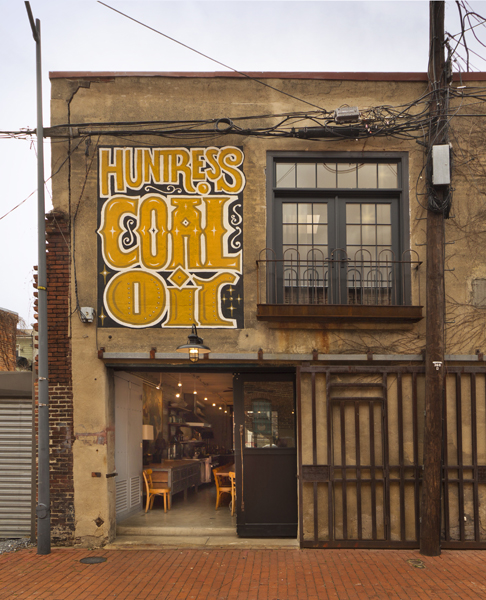 New mural on the alley facade pays homage to the original owner of the building, a coal oil salesman named Samuel Huntress.

BEFORE: Photo of the first floor woodshop which they converted into the kitchen / dining space. 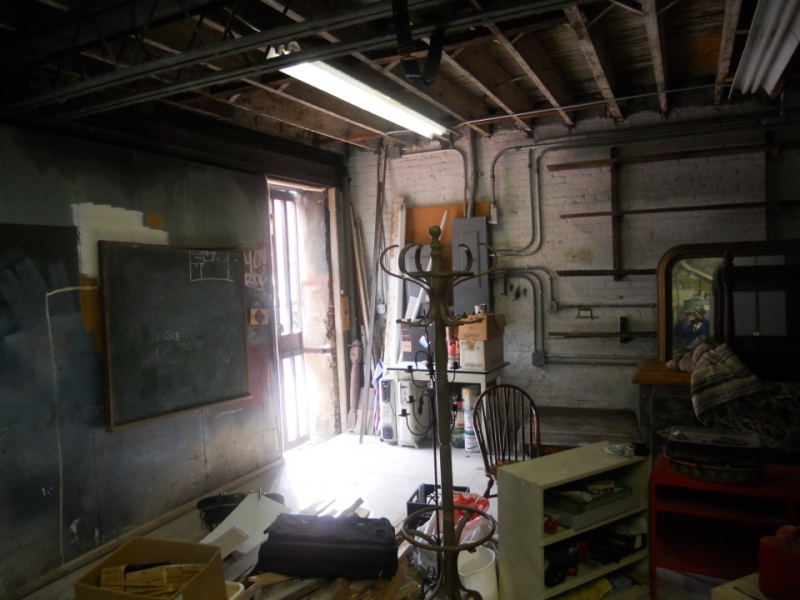 AFTER: The lower level was renovated into an open kitchen and dining space where the new owners regularly host a supper club for up to 14 guests. 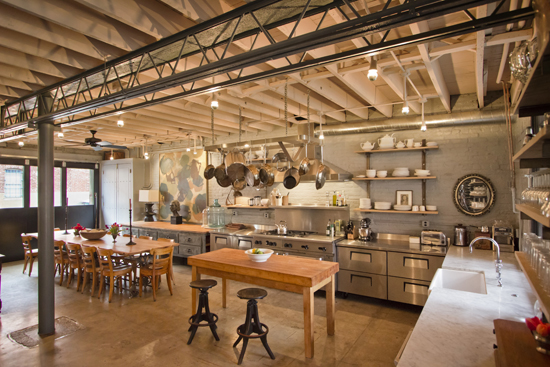 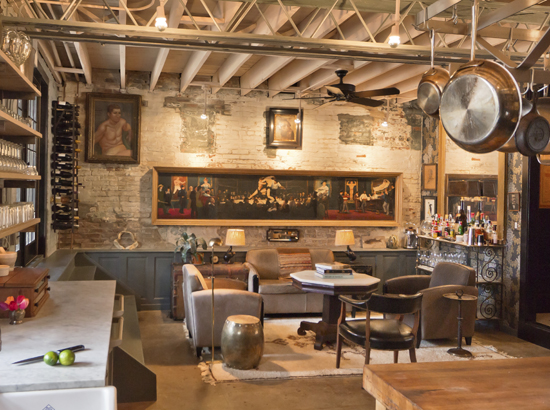 BEFORE: Photo of the back of the building 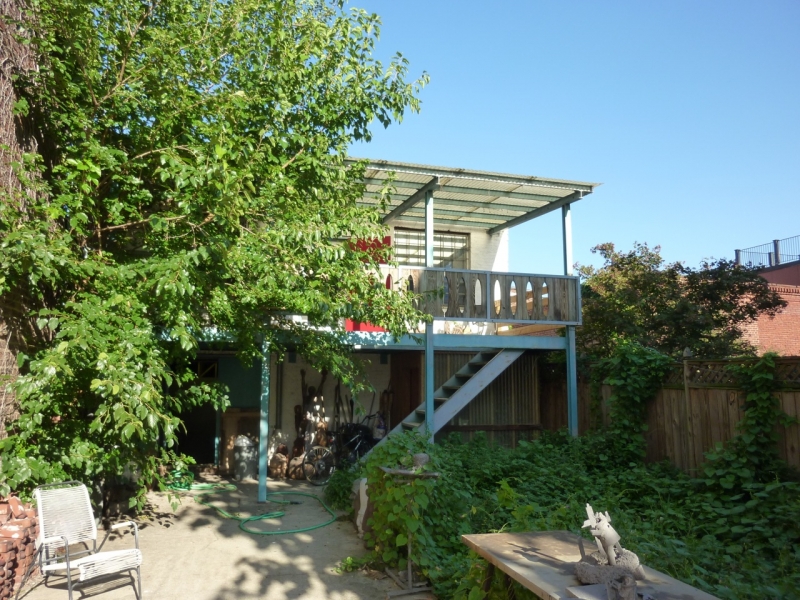 AFTER: photo of back of building with newly installed doors and windows and a renovated porch highlight the 10th Street Facade. 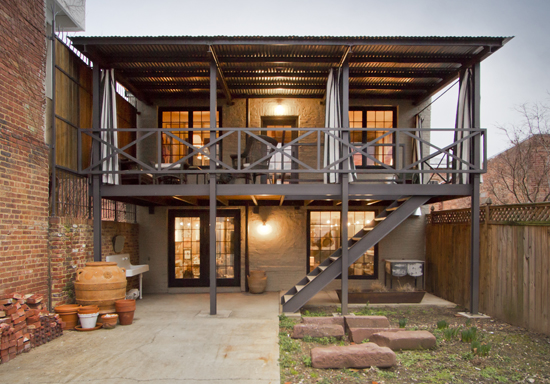 BEFORE: Studio Apartment on the 2nd Floor 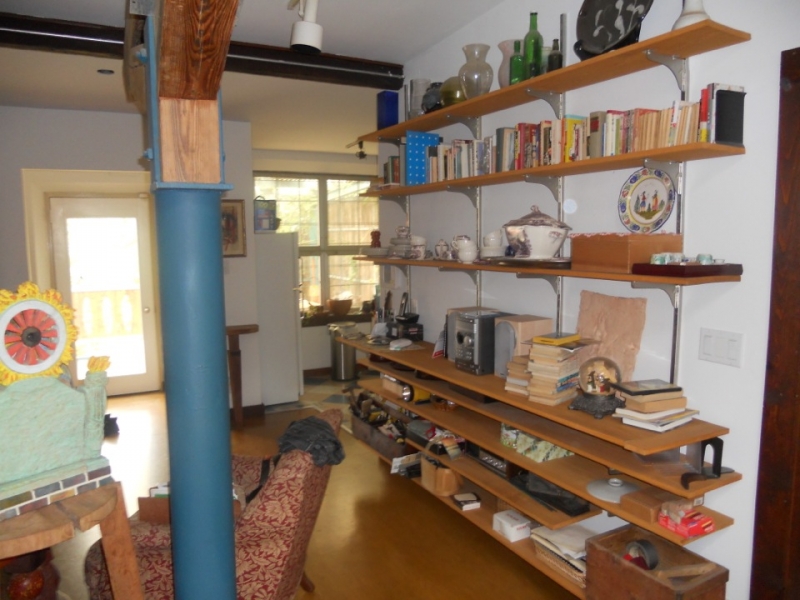 AFTER: The second floor studio apartment was renovated into a sleeping and living room space. A new interior stair was added to internally connect the two previously separated floors.  An existing plywood floor was retained, dressed up with a blue and grey painted chevron pattern.  A large wall of built-in shelving and cabinets organizes several functions within the open living space. 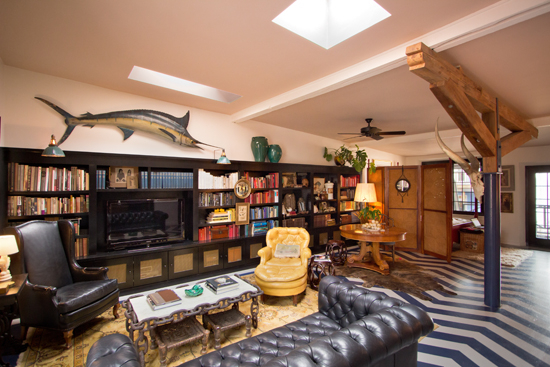 For more information on this project or Bennett Frank McCarthy Architects, Inc. please contact them on their website here.