Last month The Joinery hosted an evening for commercial partners to celebrate Oregon Oak. This tree’s unique characteristics have led to a surge in demand for products ranging from furniture to whiskey. (Yes, whiskey!) Thankfully, this return in popularity is also accompanied by a renewed focus on forest restoration. After steady declines from what was once an oak savannah across the Willamette Valley, our dedicated forestry partners are going to inspirational heights to restore Oregon Oak’s vitality.

Our forestry partners Zena Forest Products and Hyla Woods were on hand to discuss their dedicated efforts to restore the species. The event also featured custom cocktails from Bull Run Distillery (which utilizes Oregon Oak barrels in the aging process of some of its whiskeys), Raft syrups served in Vitreluxe Oak Stump cups, paired with specialty Missionary Chocolates and a selection of appetizers from Mian PDX featuring Canopy and Understory’s salal berry spreads made from the iconic salal plant, native to Pacific Northwest forests and known both for its nutrient-rich berries as well as its beautiful green foliage.

Below are just a few of the highlights from the event. We look forward to continuing the restoration efforts through support of our forestry partners, Oregon Oak products and other byproducts of responsible forestry, and volunteer opportunities. 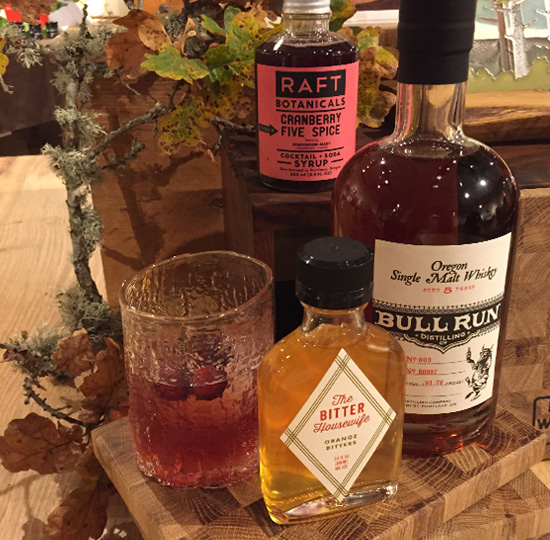 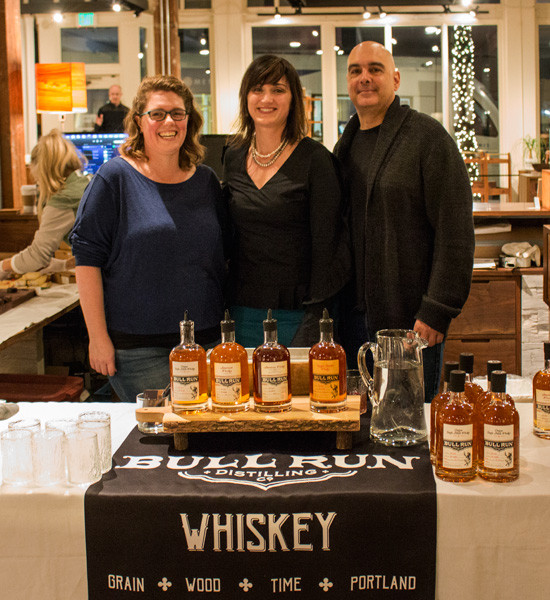 Perfect for the holiday

Once again The Joinery has partnered with many local and national makers to offer a selection of gift ideas for the holiday season, from toys to hostess gifts. See the selection online or come in to one of our showrooms to peruse for yourself. Here are just a few of our favorites. 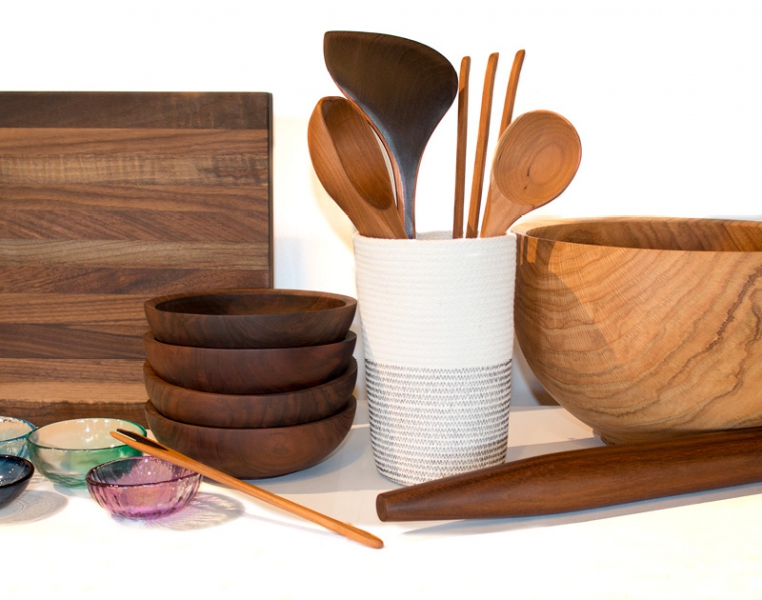 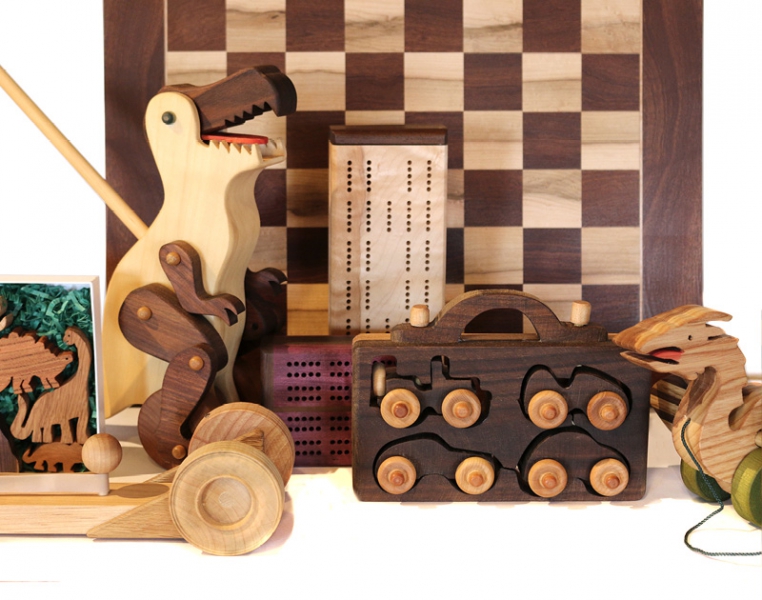 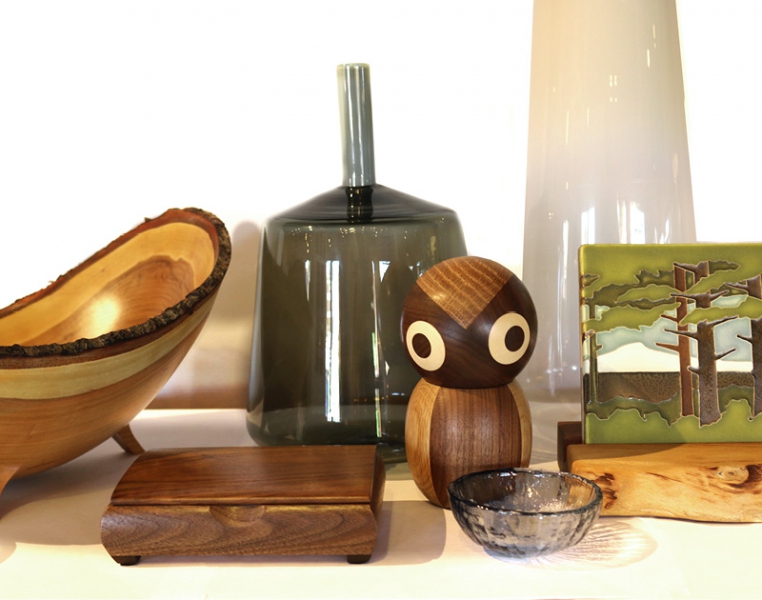 As summer drew to a close, we gave our team a challenging back-to-school project: scour our local lumber suppliers to hand-pick live edge slabs that would make even our master craftspeople swoon.

We were amazed by the unique natural beauty of each piece our team found. This included slabs from Western Walnut and Oregon Oak, as well as rare appearances from Elm, which will be complete later this month. A few photo examples follow, but try as we might, photos just don’t do these pieces justice. The complexity, grain line and rich color are best experienced in person, so please stop by one of our showrooms to see for yourself. The tops can be paired with a variety of wood or metal base options. 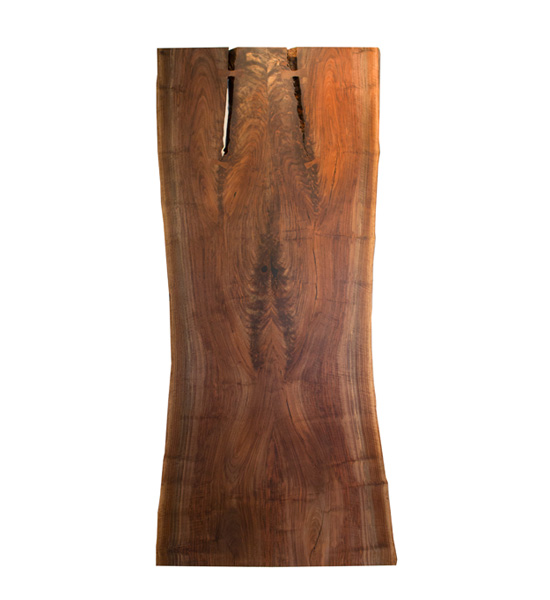 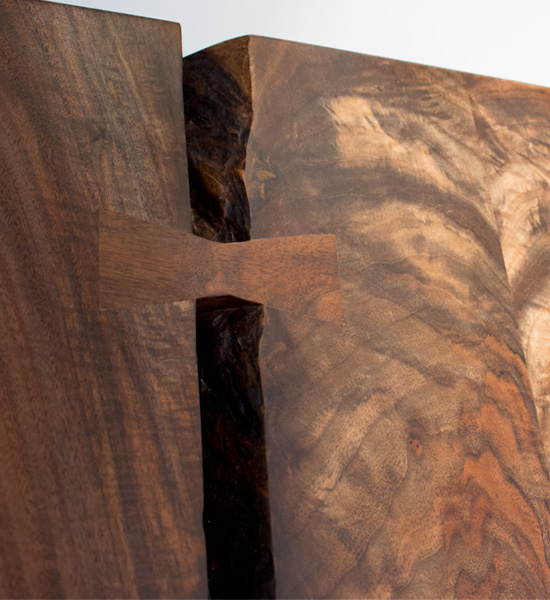 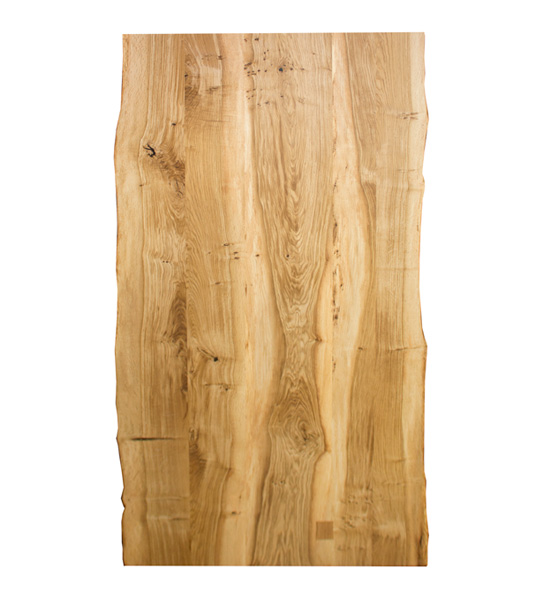 Available to see at our SW Yamhill location 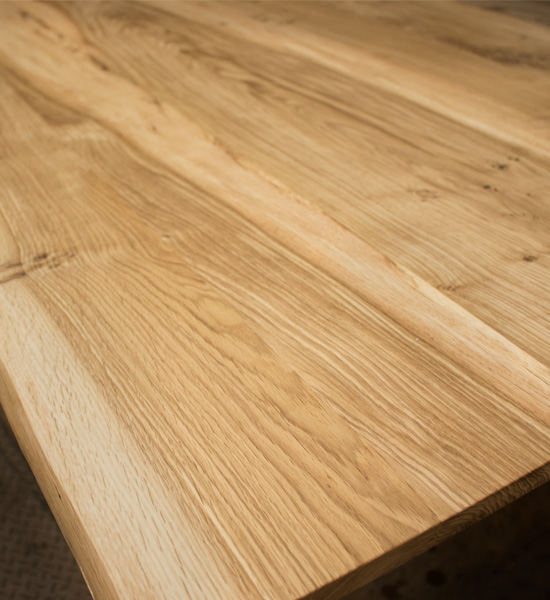 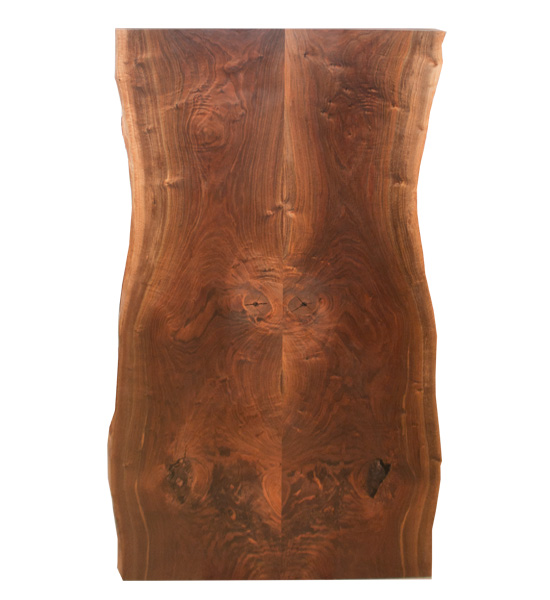 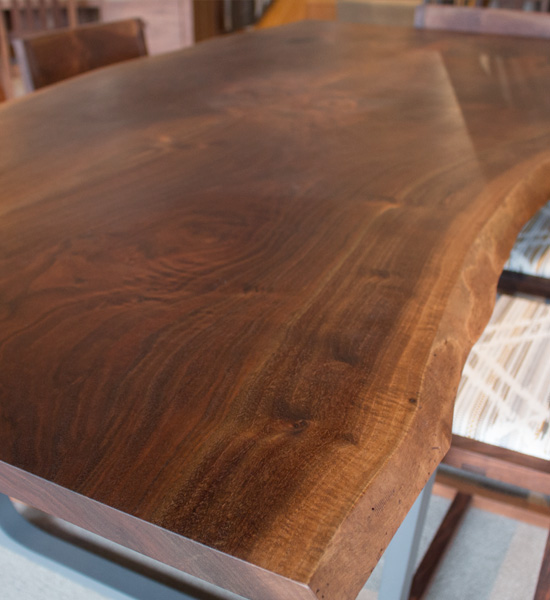 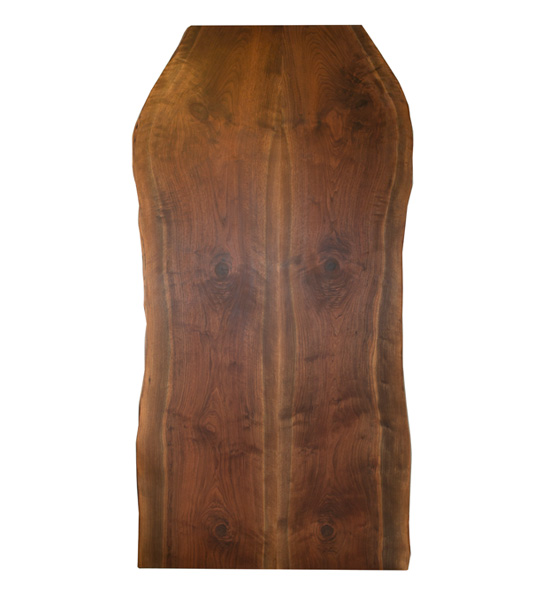 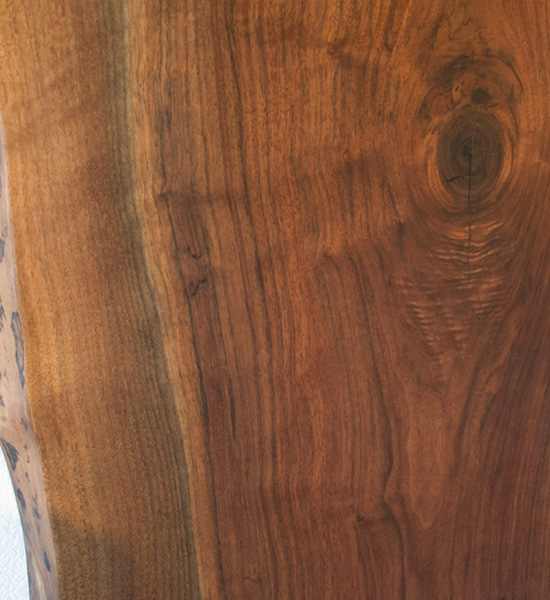 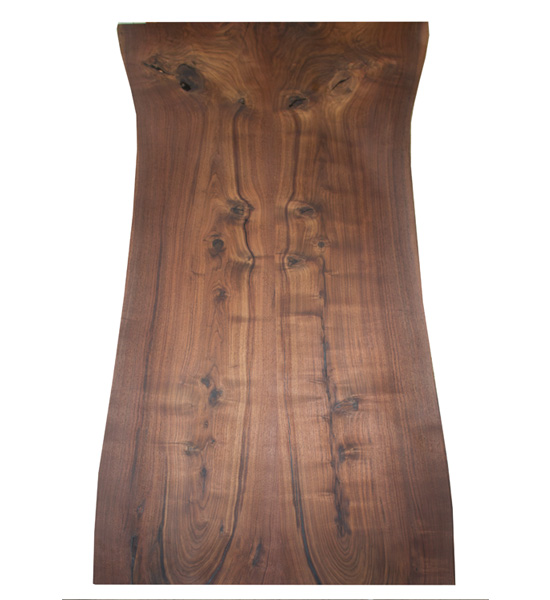 Motawi Tileworks is coming to Portland

We are very excited to be hosting a Motawi Tileworks trunk show and talk with founder, Nawal Motawi. Nawal founded the company in her garage in 1992, when her first sales came at the Ann Arbor Farmer’s Market, next to the rutebega sellers. Since then she has grown the company to over 30 skilled artisans making beautiful handmade tiles. The Joinery has featured Motawi tiles in our showroom for over 10 years and are excited about having Nawal in our Yamhill showroom for these special events. During these events we will be featuring a custom color way specifically designed by Nawal inspired by the Pacific Northwest. 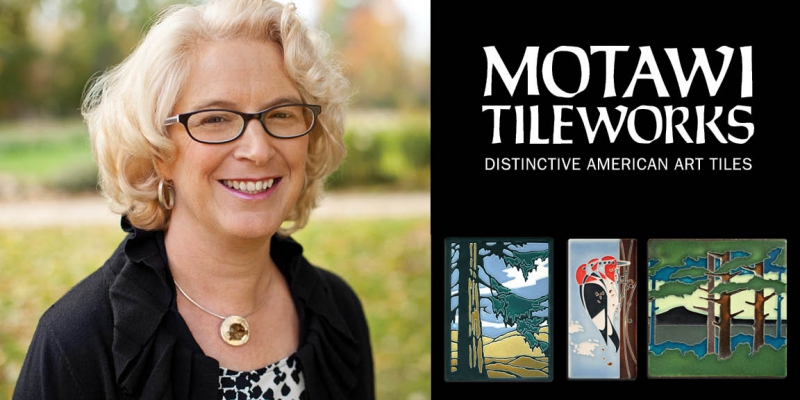 On Thursday, September 13th from 5:00 - 8:00 join us for a special night with Nawal Motawi, owner and founder of Motawi Tileworks in Ann Arbor, Michigan. Learn how Motawi Tileworks came to be and how it has grown into an amazing team of over 30 makers whose passion and dedication to the craft continue Nawal's initial vision. Proceeds to this event will be donated to Oregon Healthcare Interpreters Association. To register for this event click here.

On Friday, September 14th and Saturday, September 15th from 10:00 - 3:00 join us at our SW Yamhill location for a Motawi Tileworks Trunk show. Nawal will be on hand to meet guests and talk about tiles! We will have a large selection of their beautiful tiles on display and available for purchase. 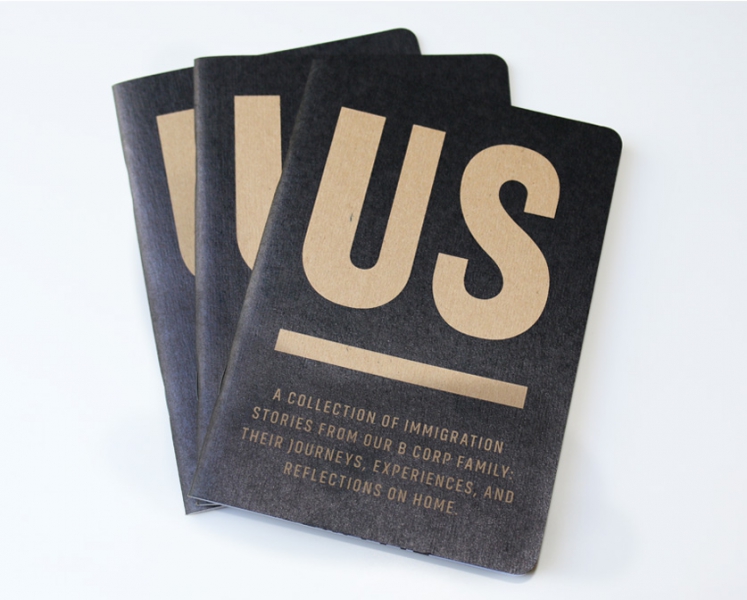 The Joinery will host a pop-up event for Portland Makers on May 31st at our downtown showroom. We are excited to host Belmont Blanket, Stone Barn Brandyworks, Nicole Curcio, Wood Lighting Design, and David Gutschmidt at our Yamhill showroom from 5:00-7:00. Please join us for appetizers and drinks and to see the latest designs from these remarkable Portland makers. Click here to RSVP. 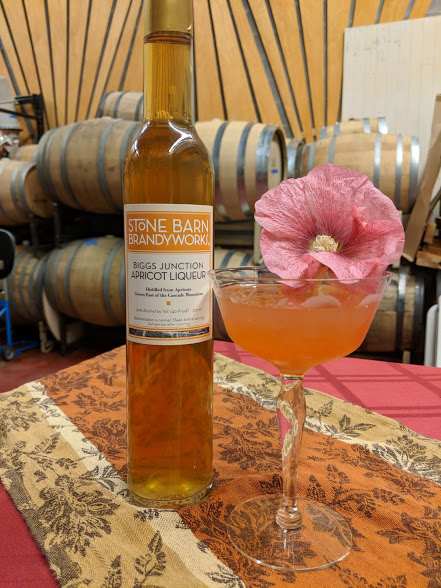 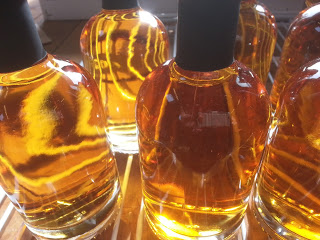 The Joinery is partnering with students enrolled in the Architecture and Design program at Sabin-Schellenberg, a professional technical high school serving the North Clackamas school district, to showcase and auction their innovative creations made from scrap lumber donated by The Joinery. Students will use industry leading 3D modeling software and digital manufacturing equipment to convert scrap wood into consumer products such as puzzles, coasters, and artwork. 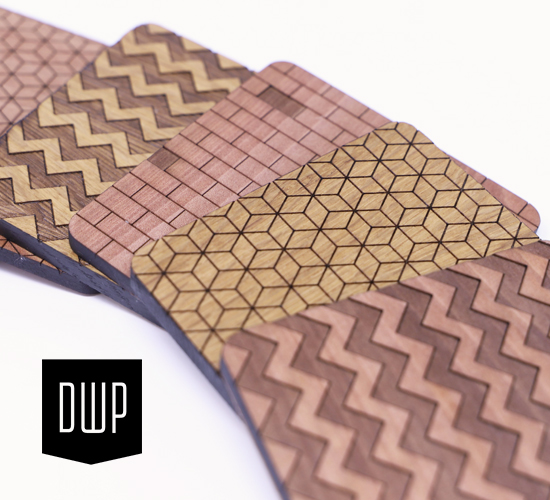 Our new Jarvis Standing Desk and Jarvis Conference Tables infuse movement into your workspace, which helps fuel creativity and engagement. Designed in collaboration with Fully, another Portland-based B Corp, these pieces provide a unique and sophisticated touch to any active workspace, not to mention a testament to our shared love of creating quality products using the best practices for the environment. 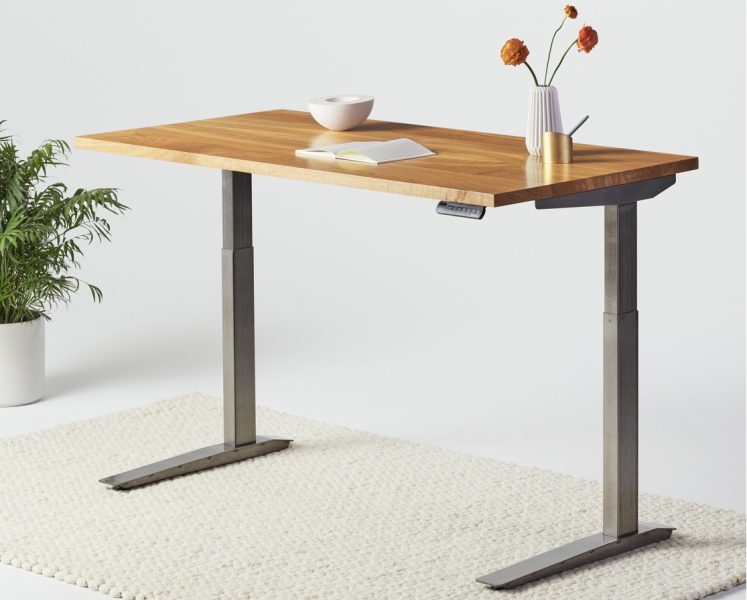 When A to Z Wineworks began looking for a conference table for the new building overlooking its vineyards in the Willamette Valley, The Joinery entered the conversation due in part to our status as a fellow B Corp. A to Z wanted particular functionality in the table, but also a product that incorporated their company values around environmental performance and community engagement. The result is a custom modular table that provides optimum flexibility as well as rich beauty. 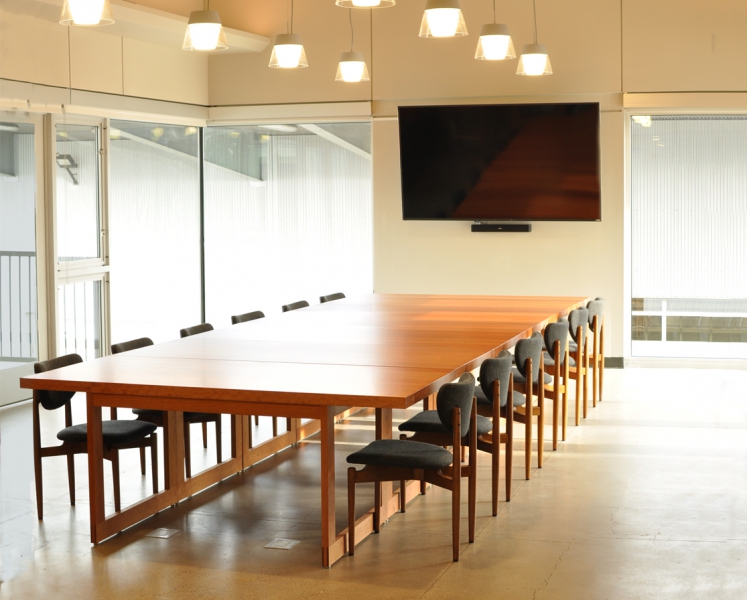 There is definitely a family resemblance between the Sebastian Bookcases and the Sebastian End Table, including racetrack-shaped legs, a light and open feel, and contrasting end grain plugs that provide a beautiful design feature. But in contrast to their cousin, the Sebastian Bookcases are made with thick solid wood shelves that provide a sense of heft and sturdiness. The shelves cantilever beyond the legs and are evenly spaced to keep the pieces visually clean and symmetrical.  They come in two standard sizes, providing versatility to accommodate any space. Come see the Sebastians at either our Woodstock or Yamhill showroom.