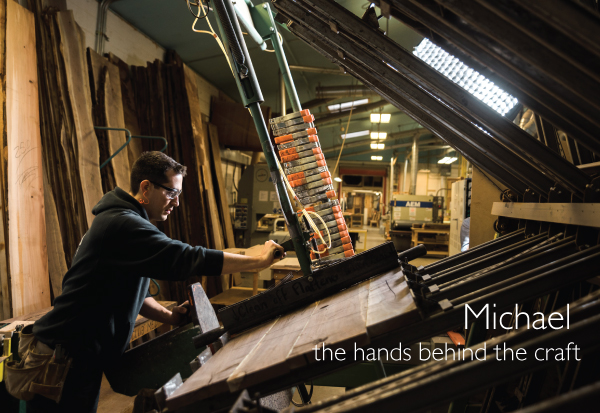 Michael is now our most seasoned table builder, and is in charge of training new hires in this diverse product category. From small custom end tables for downsized living spaces to large conference tables in corporate offices, he handles an ensemble cast of table designs and functions. “Because of the variety of designs and unique characteristics in each piece of lumber, every project is a new challenge,” he said. “Even after ten years, each piece is unique.”

One of his most rewarding recent projects was to build four miter wrapped, live edge tables for the Seattle Seahawks, placed in the Upper Club level at Century Link Stadium. “It was exciting to work on pieces for a high-profile customer that would be featured in such a high-profile location,” he said. Michael noted that it was a challenge to find the right live edge material to miter wrap on such large-scale tables, which stood 42 inches high and 78 inches long, and used 2-inch thick Western Walnut. 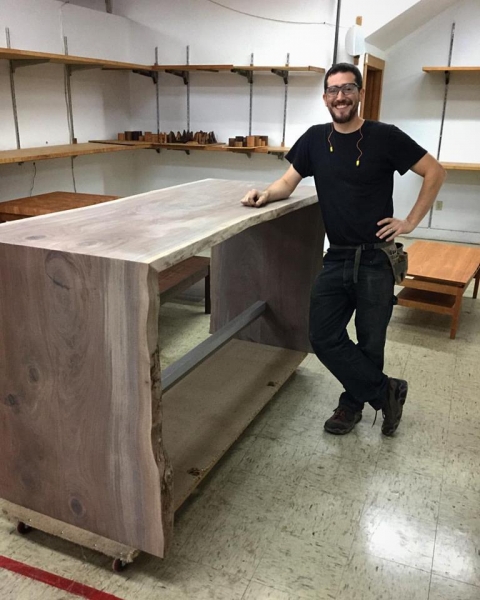 As you might expect, Michael’s tables have a flair for the dramatic – beautiful book matched grain, stunning waterfall effects, and pieces large in both size and scale.  Although he appreciates working with all six of our standard wood species, his favorite is our FSC-certified Cherry.  “The color gets richer over time,” he explained. “It could be over a year until the patina is fully developed. There is something fun about customers being able to see that change take place over time after the piece is in their home.”

When not at The Joinery Michael enjoys chasing after his two young boys and camping (including his annual snow camping trip with his friends). And both at home and work, he is a strong advocate for another of his passions: safeguarding our environment.

You can watch Michael perform from the balcony level – also known as our Shop Overlook – at our Woodstock location.  Drop by for a look the next time you are in the area. 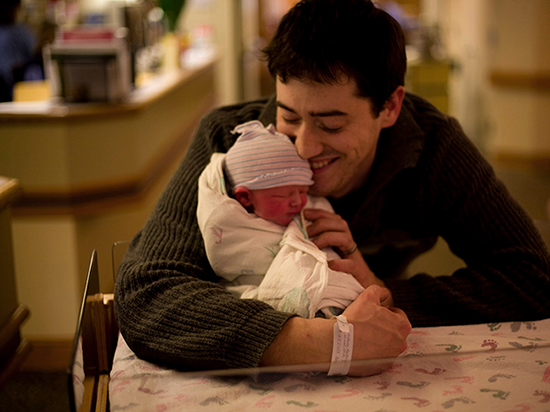